Hot forming is growing rapidly and is a fascinating manufacturing technique, where the good formability of the warm blank is combined with exceptional strength of the end part due to the quenching in the tools. No traditional available material that is formable is even close to the strength of the hot formed steel. This makes it a natural choice for the crash relevant parts in the car. Today all major OEMs work with hot formed parts in the cars as crash re-enforcements. It allows building even small sized cars with an outstanding crash performance – enabling the traditionally weaker group A cars to get 5 stars in the EURO-NCAP crash tests (e.g. Fiat 500). 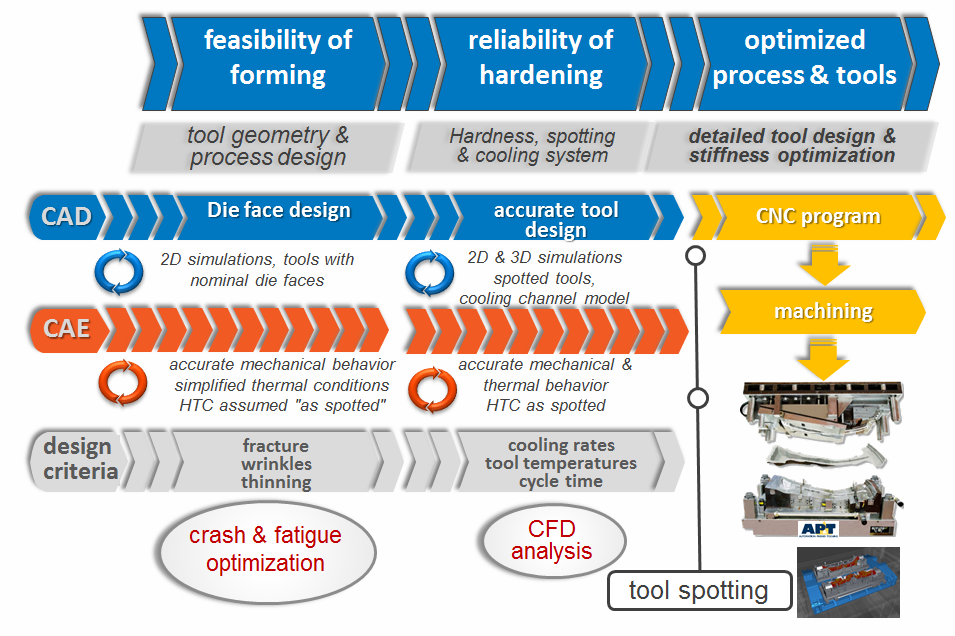 This means that looking only on the formability of the part during stamping does not really make sense. The whole chain has to be kept in mind from the early design stage on. To get the properties of the end part right is crucial to achieve the crash performance. This means that the crash engineers have to rely on the stamping department to manufacture the parts with the right properties.

Even for the most talented engineers, it will be asking too much to become an expert in all these fields. This is a typical area where the virtual manufacturing can play an important role in getting the new processes running. The part manufacturing with all its different aspects can be tested virtually before the expensive hot forming process is started. Also the part performance in the final crash can be tested virtually. This is, again, a step towards end to end virtual manufacturing – even if the challenge to simulate all the different aspects still remains. 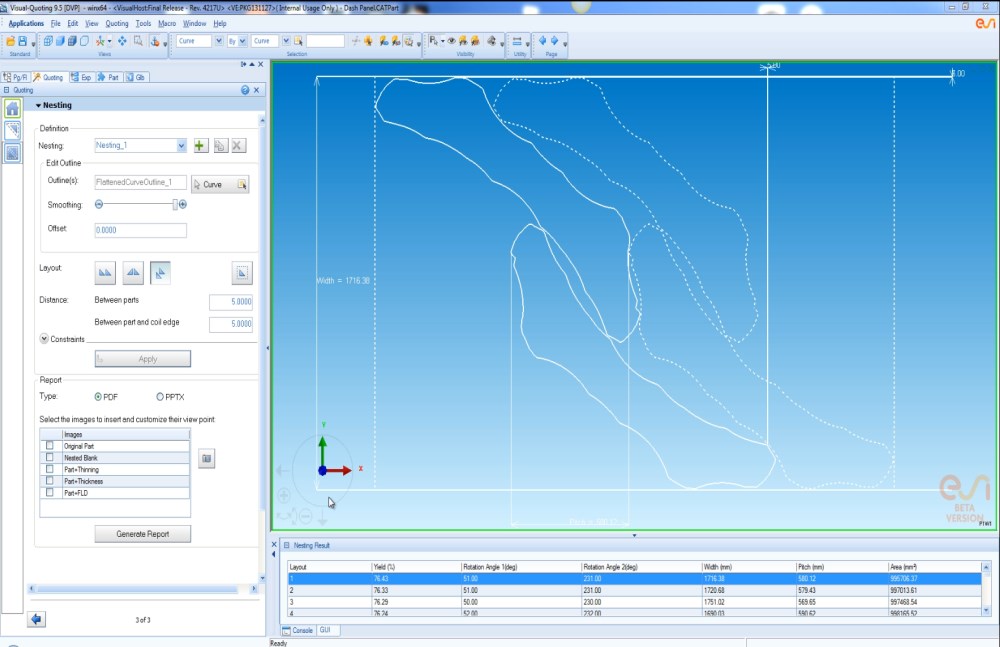 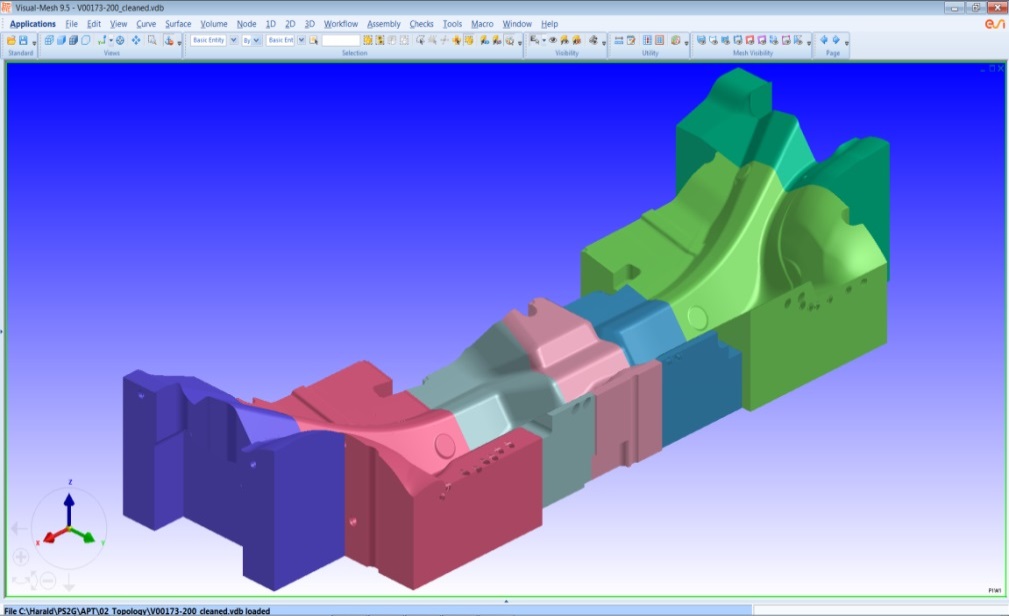 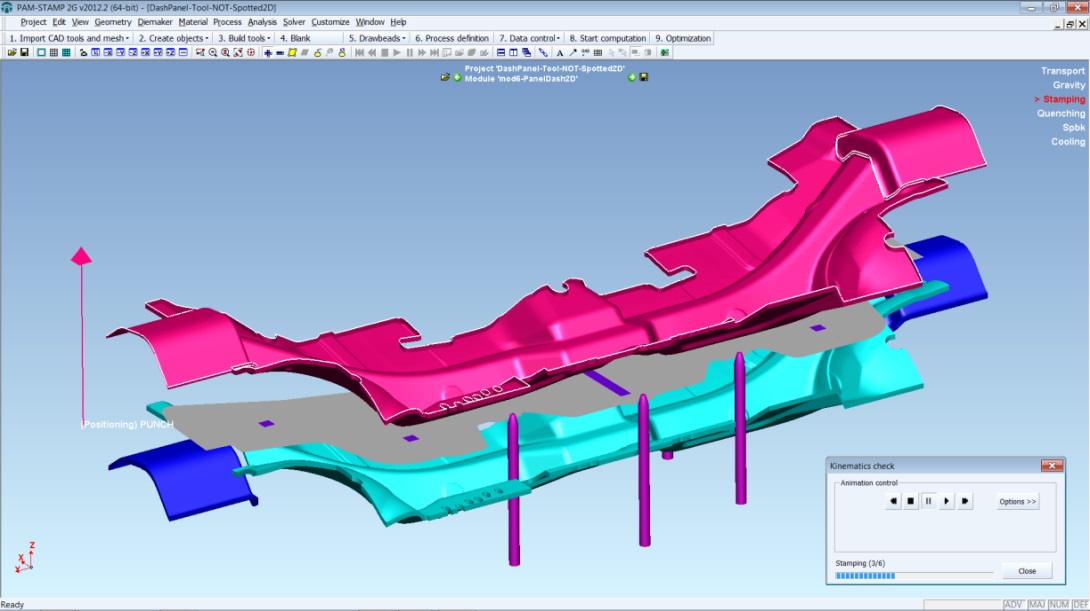 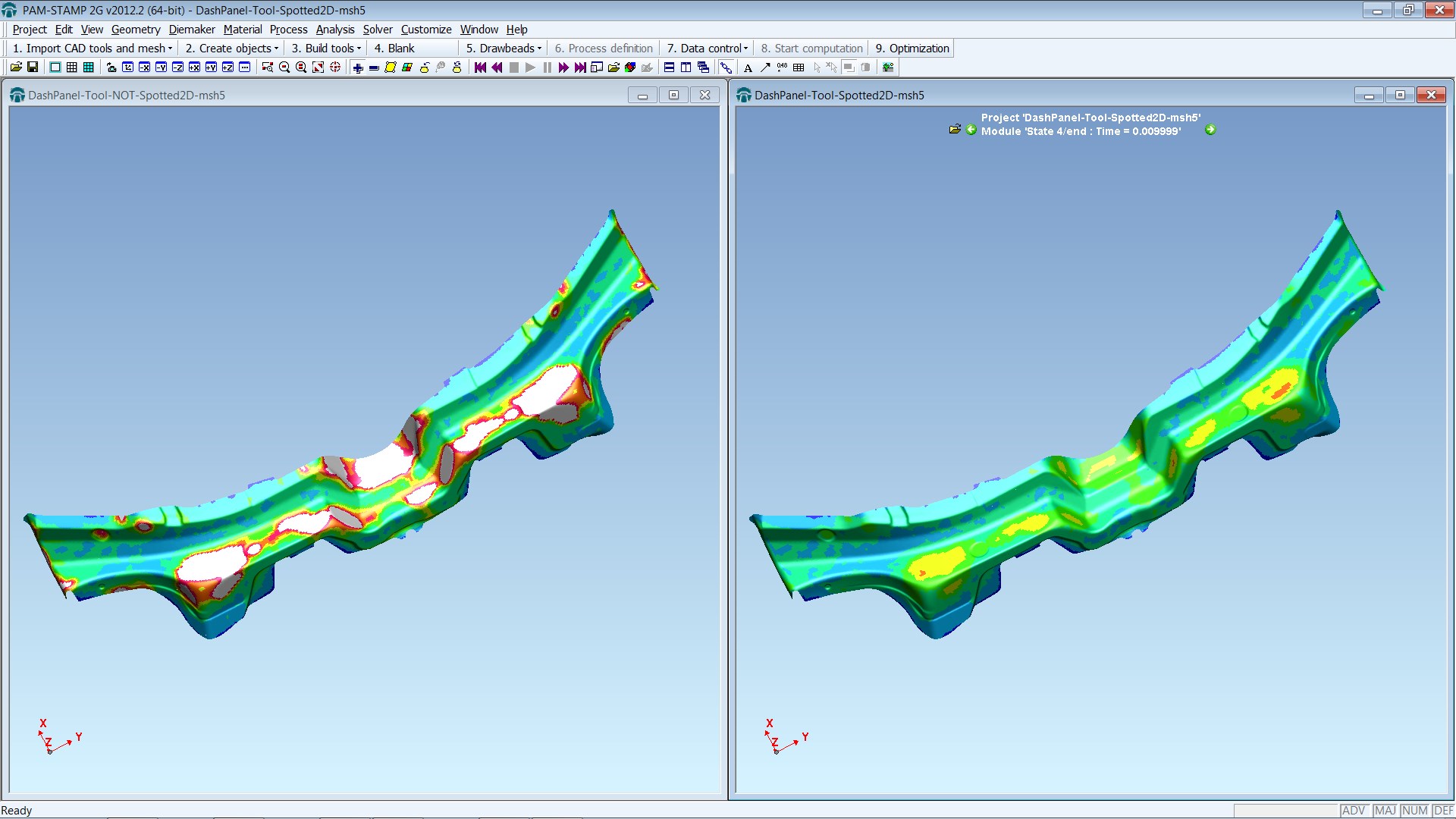 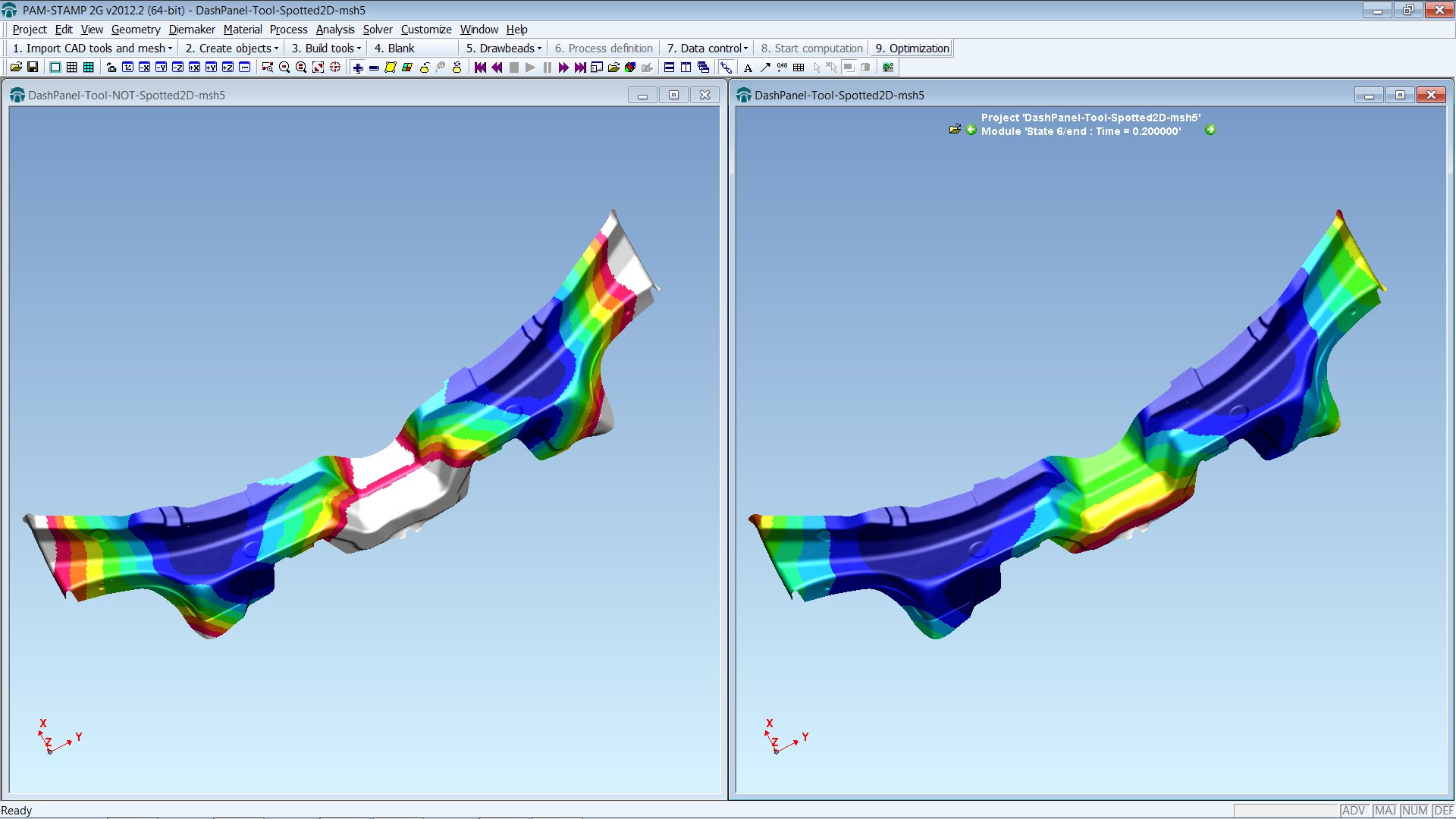 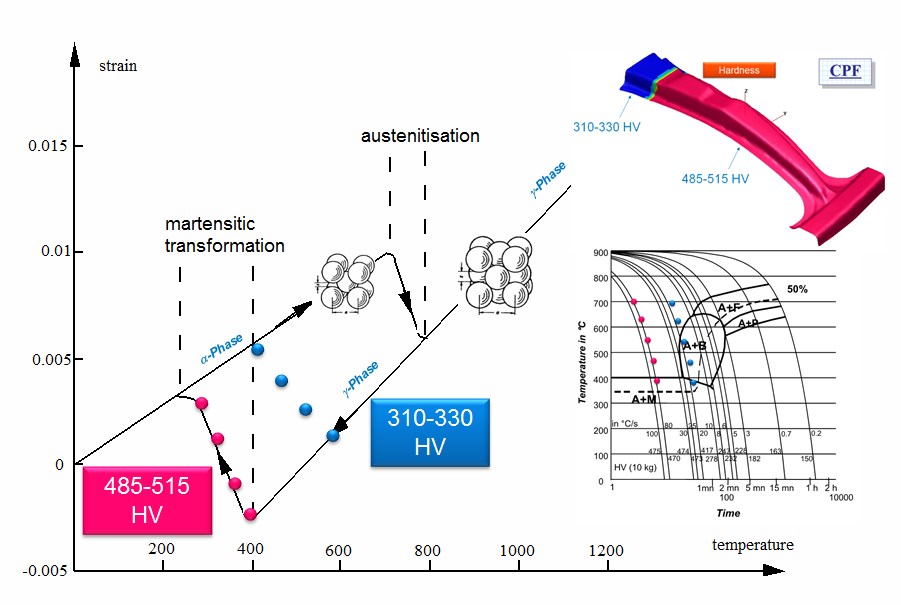 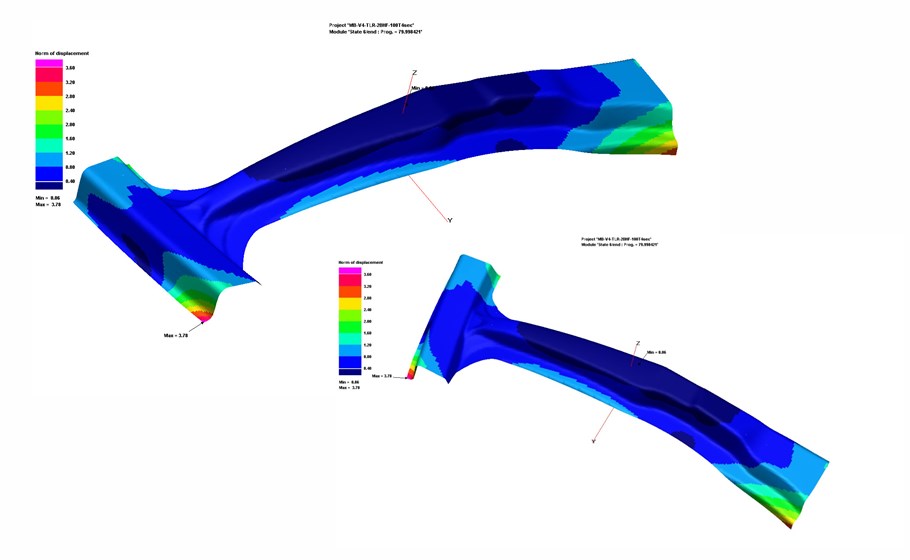 It is also possible to combine all these modeling techniques in a patch blank configuration. 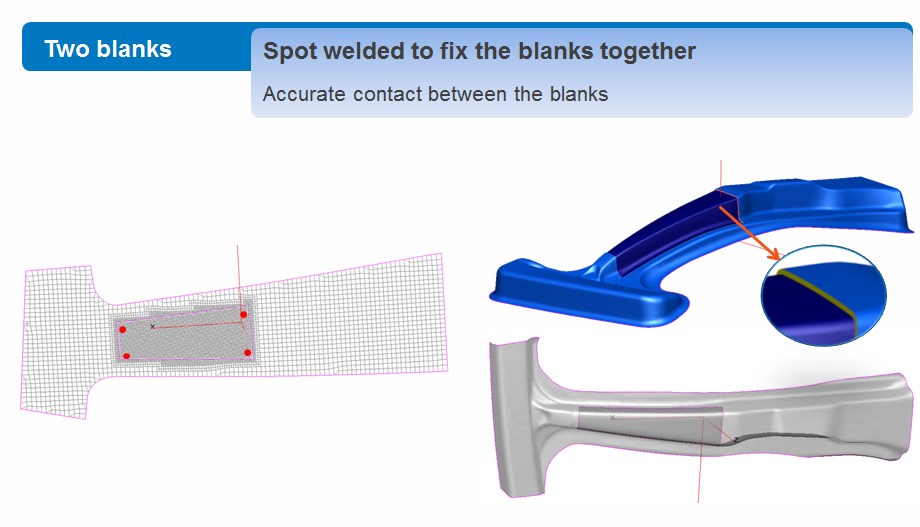 The cooling channel analysis is done with a heat transfer model – taking into account realistic blank temperatures from the forming simulation. Heat transfer maps are coming from the CFD analysis which can be see in next section. A dedicated tool is available to assemble the CAD and mesh the complex 3D die quickly. 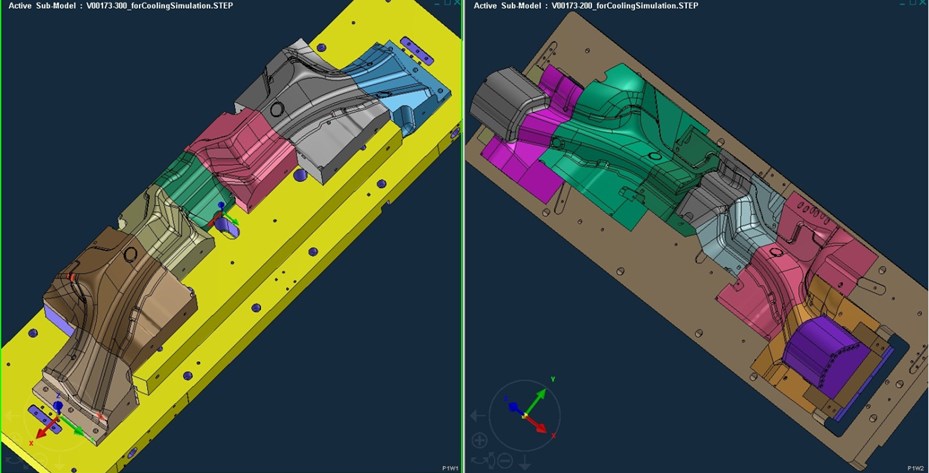 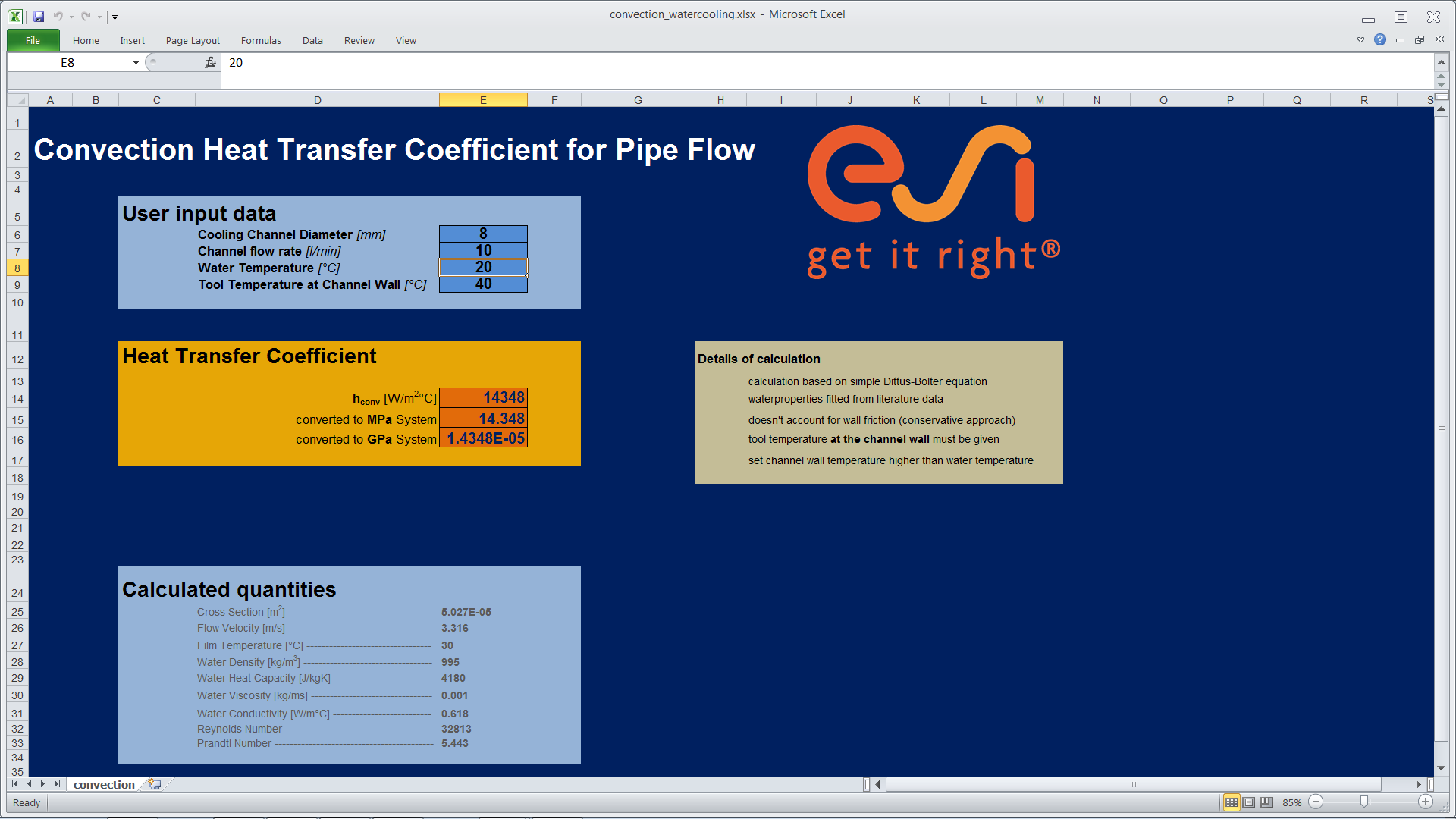 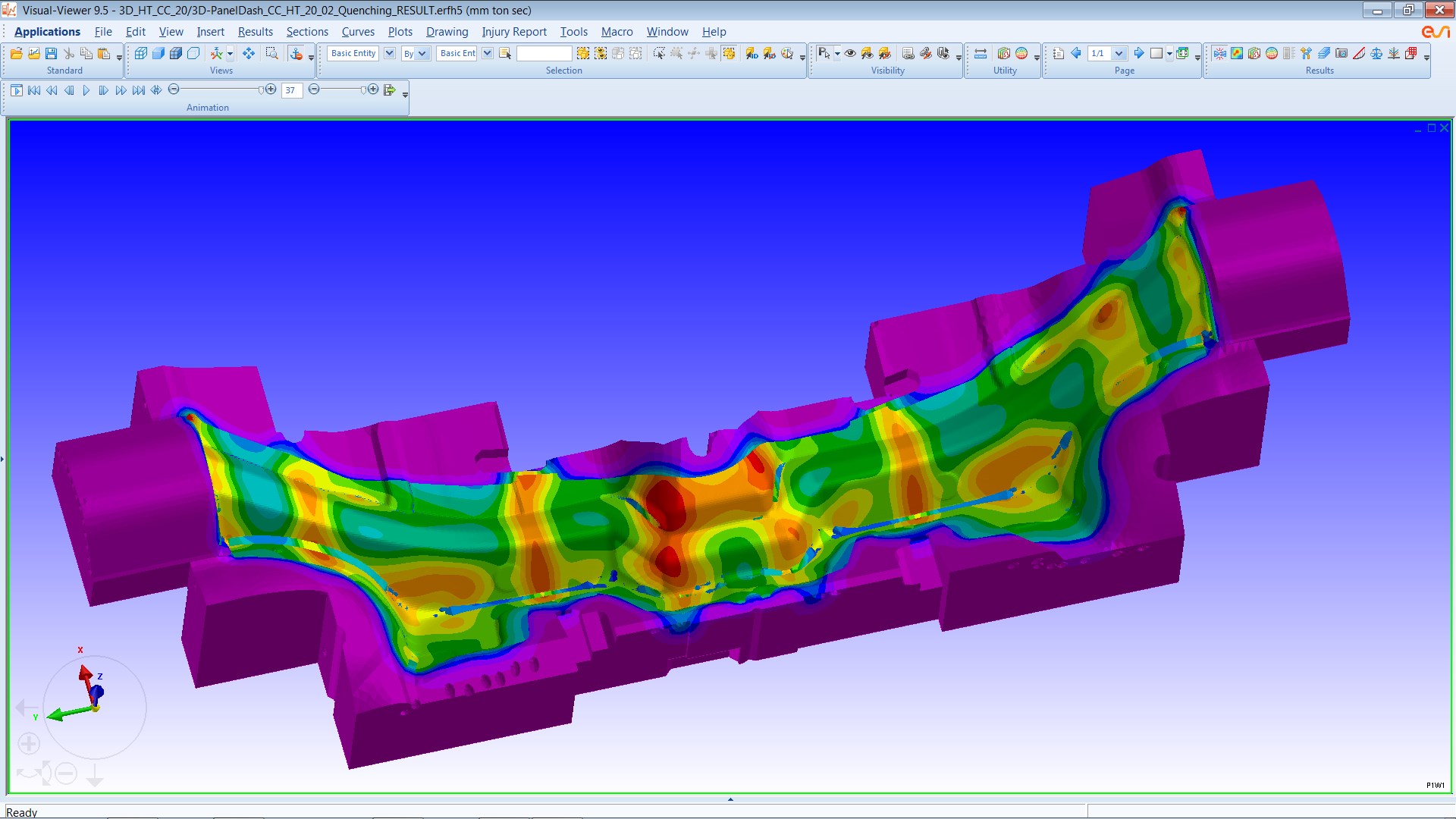 The heat analysis of alloy sheet hot stamping forming process and experiments indicate that the transition process from Austenite to Martensite by controlling the sheet heating and cooling temperature is the foundation of heat forming. Only when the cooling rate reaches or surpasses the critical cooling rate, Austenite can be transformed to Martensite directly. The critical cooling rate of sheet is related to such elements as critical water flow rate, die cooling system design, cooling medium and dented die medium. Under the condition that the elements such as die structure, cooling system and cooling medium are defined, critical cooling rate is a constant value. As a result, through controlling critical water flow rate, hot forming transition process and hot forming requirements can be guaranteed to overcome problems such as the excessive rebound, cracking, forming force increase and easy die wear in the hot forming process. 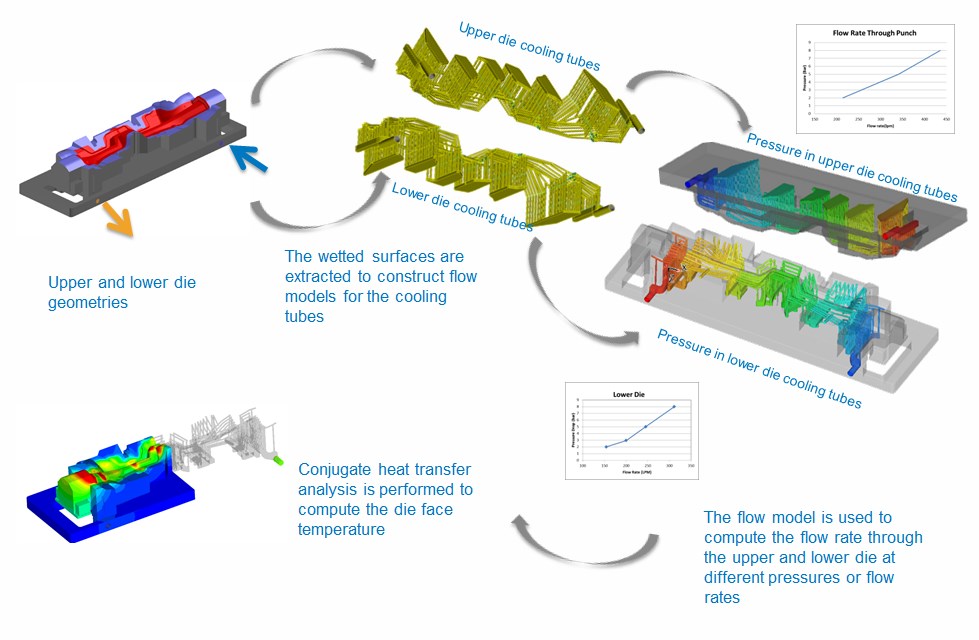 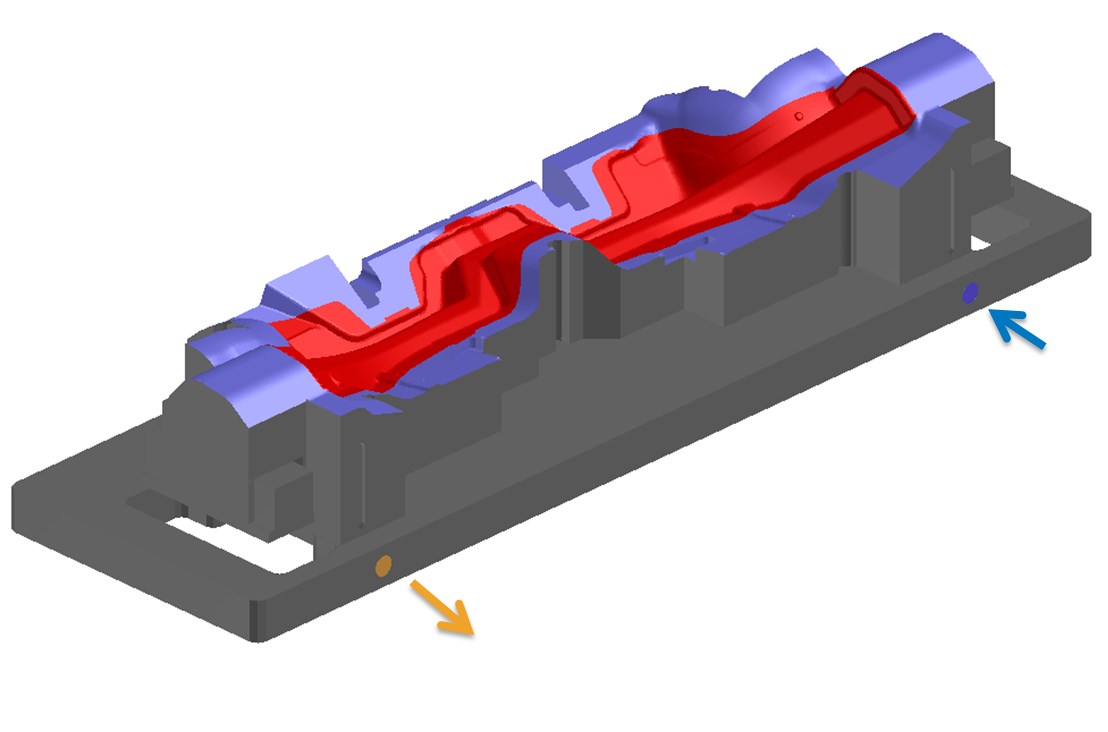 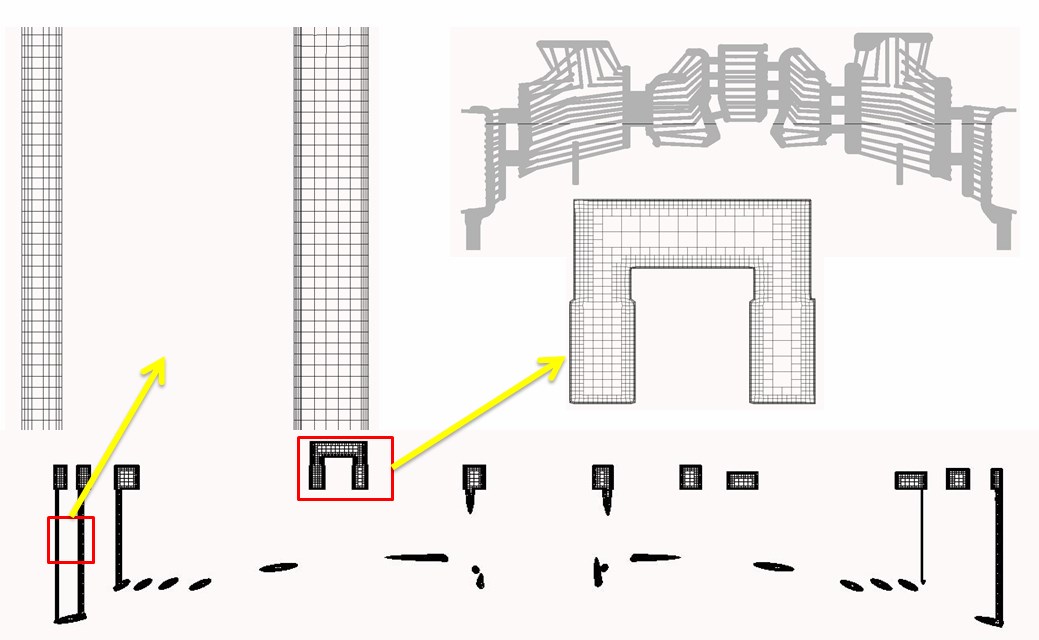 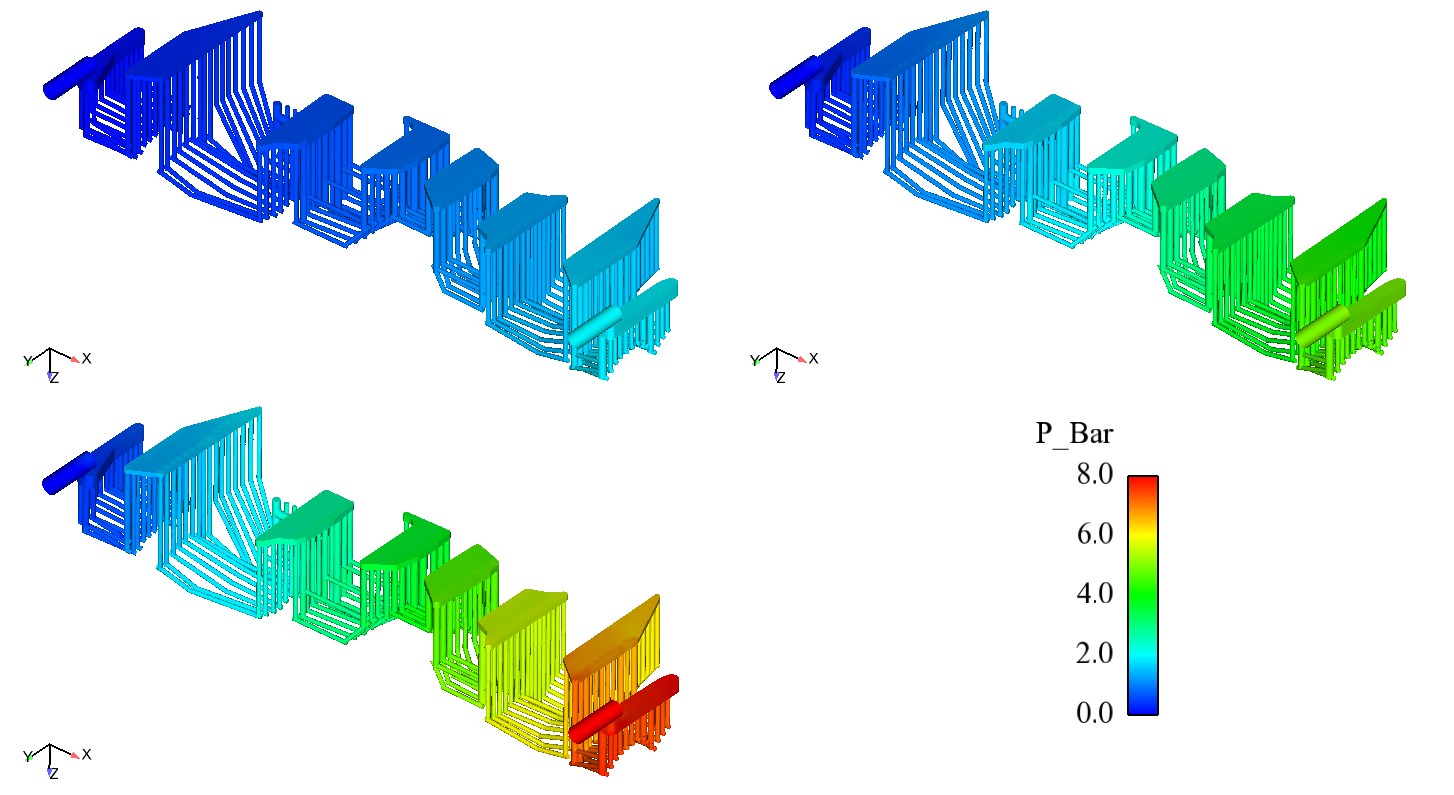 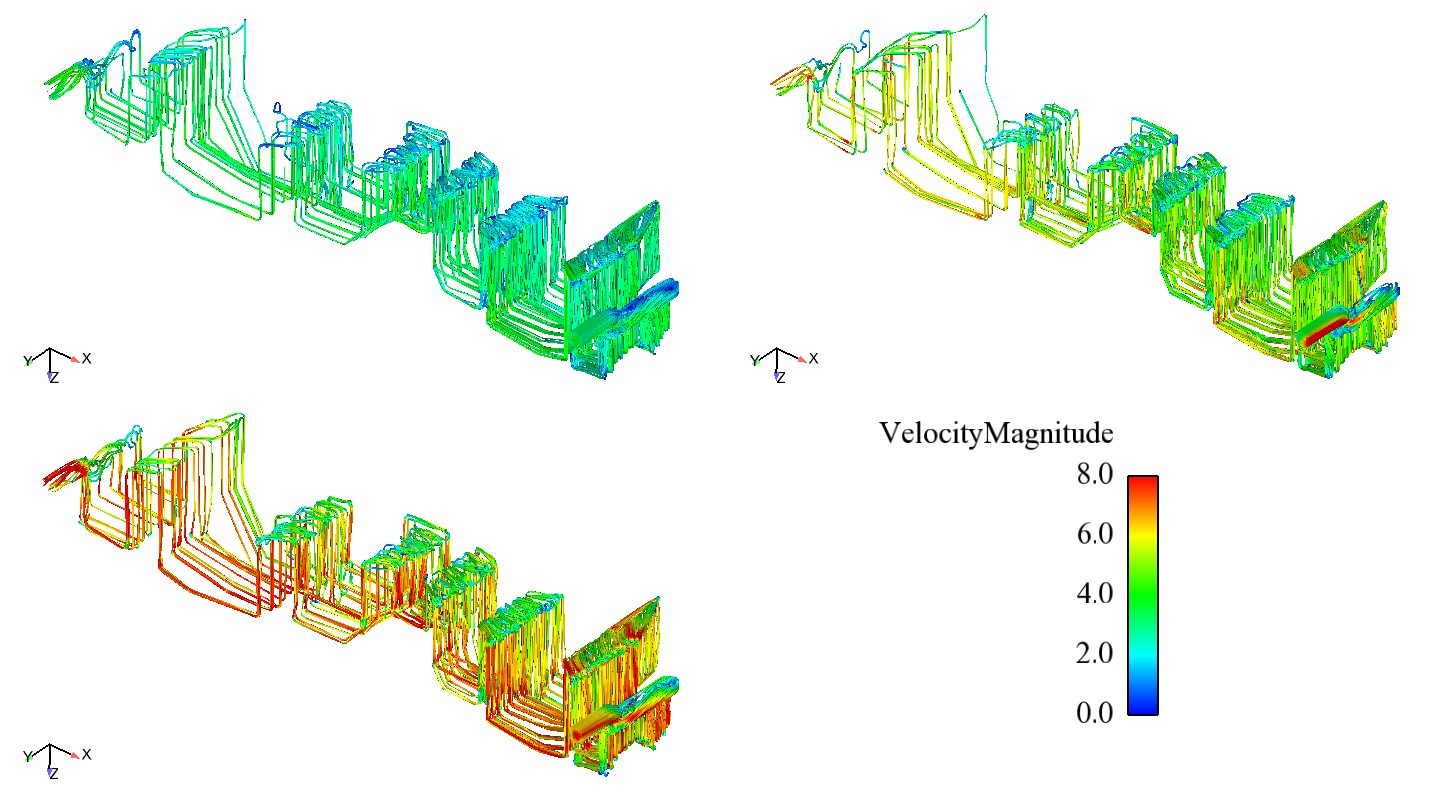 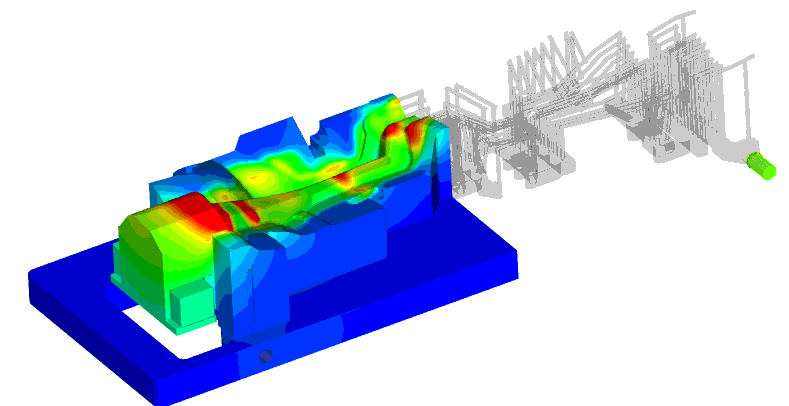 Virtual Reality is used to review the complete engineering of hot forming lines. It is even possible to integrate results computed with sheet metal forming simulation.