Residual stresses inside the sheet metal, after stamping and just before the tool’s removal, cause ‘Springback’. Consequently, accurate springback prediction requires accurate stress prediction during stamping. However, conventional material models, such as isotropic hardening, cannot predict the stress accurately. The following figure, quoted from the lecture note by Prof. Yoshida at Hiroshima University, explains why the cyclic stress-strain path during stamping is important for the springback analysis. 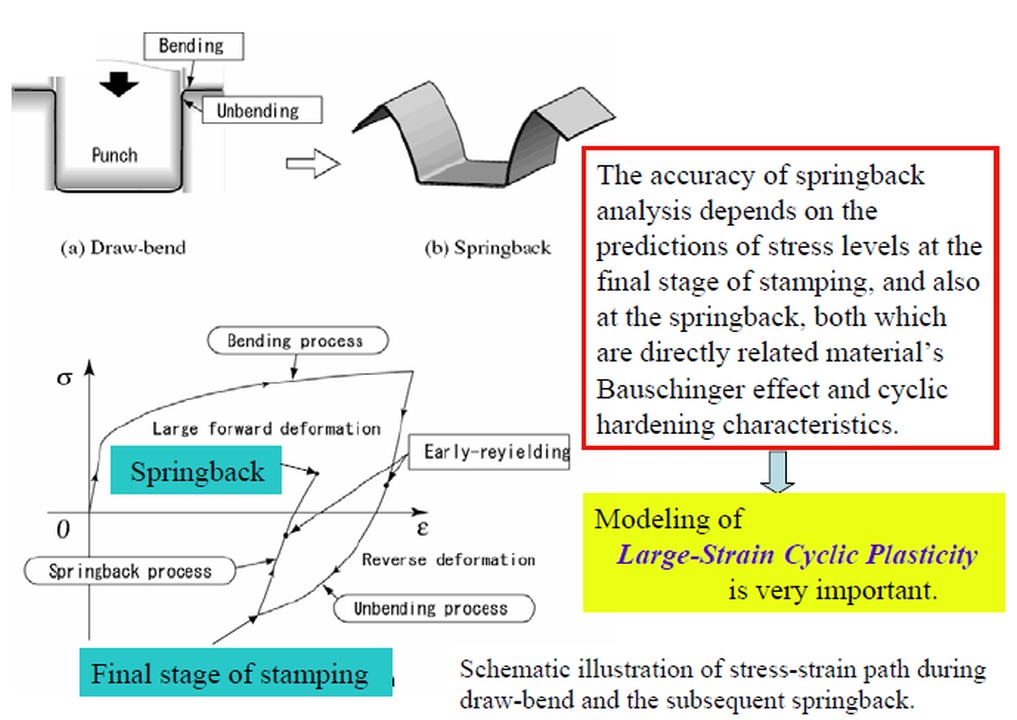 To describe the material behavior under cyclic deformation accurately, the Bauschinger effect must be taken into account in the material model. For that purpose, a kinematic hardening (KH) model is employed instead of an isotropic hardening model. The Yoshida-Uemori model is the best one for sheet metal forming among existing KH models. This is because the Y-U model involves only seven parameters of cyclic plasticity, and each parameter has a physical definition. There are no artificial mathematical parameters. In addition, a Young’s modulus depending on plastic strain is introduced in the model to describe stress-strain response more accurately after stress reversal.

The following images illustrate the effectiveness of Y-U model on prediction of springback, which is reported by TOA Industries Co., Ltd. Thanks to Y-U model, springback prediction accuracy on a B-Pillar Inner panel with 980MPa High Strength Steel, dramatically improved. Consequently, TOA Industries succeeded in reducing the physical tryout. 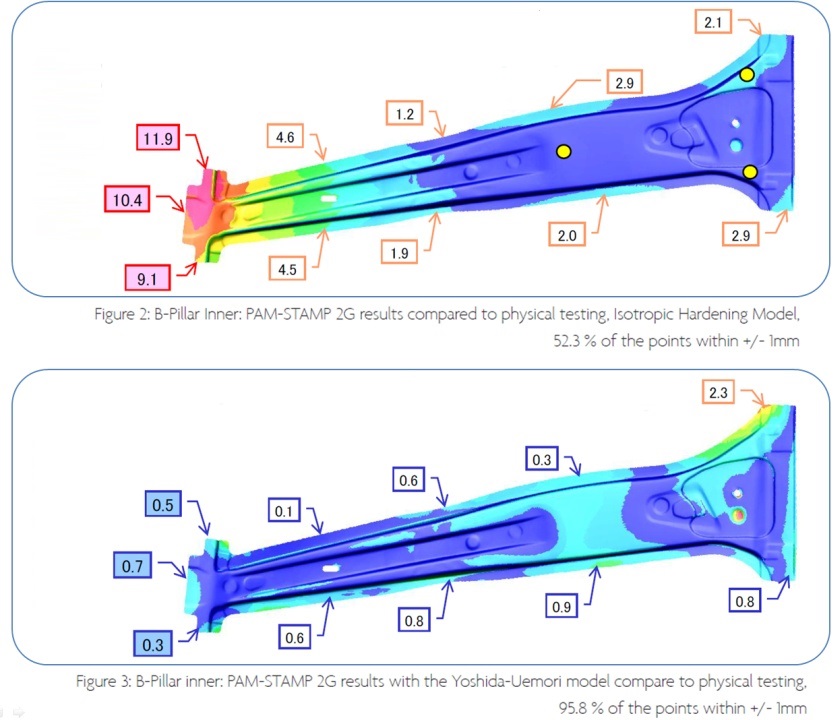 If the material test and parameters identification are difficult, it is difficult to use a material model in production, even though the material model itself can give results that are more accurate. Thanks to ‘MatPara’ developed by Prof. Yoshida and distributed by ESI Group, material parameters for the Y-U model can be easily identified. The following figure shows ‘MatPara’, where Y-U parameters are calculated from the material tests that include cyclic tension-compression and tensile test until rupture. Thanks to a material database inside ‘MatPara’ and a strong optimization technology behind the software, Y-U parameters can be estimated even when only tensile test results are known. 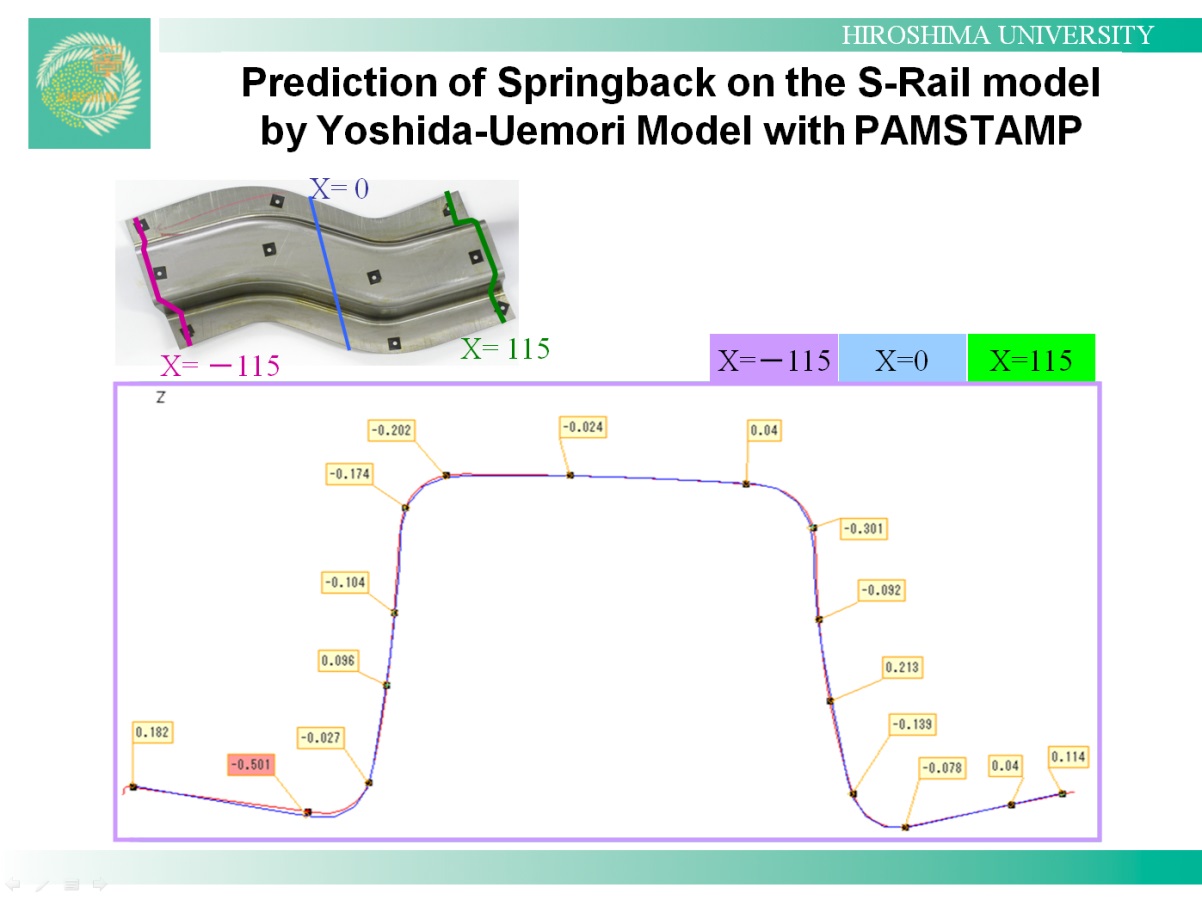